I am home and I think the jet lag is behind me (one never knows) on this the final trip of our four-year excursion (COVID made it longer) into Africa. The goal has been met and I am grateful. We believe we have established the foundation for the vision of an abiding network of Gospel-centered, Bible saturated, African lead churches.

The most gratifying part of this whole process is that it looks like it will take place. I have had many “visions” in life not come to fruition. This is especially gratifying given the complexity of doing so cross-culturally. We have completed our task; now it is time to get out of Africa.

Or is it? After our graduation of the 37 church leaders from the pastoral training center, Mike Evans and I joined five others for a trip to South Sudan. We have been invited to consider doing something similar for this young country (independence came in 2011).

Archbishop Stephen Dokolo oversees three other bishops and around 500 Anglican churches in four dioceses in and around Mundri County. The South Sudanese people have lived at war with those from the north. There have been conflicts from

In the most recent conflict, a civil war within South Sudan, over 400,000 people died, with another 4,000,000 people displaced home and abroad (many to Uganda, where we just trained two South Sudanese leaders in a refugee camp near the border).

During the conflict that ended in 2020, Stephen (that’s what the archbishop asked us to call him) was doing anything he could to hold his churches together, including appointing pastors who are not well grounded in the Scriptures. He is looking for outside help to get these four dioceses on a healthier path and have asked us (Four Corners Ministry and the St. Croix Valley LEAD Team) to join forces to help.

In our four days, we held a two-day gospel clarity conference and Stephen was excited by it. He kept saying, gospel clarity is what we need-this is most helpful. He shares a robust faith in Christ.

This has really gotten my attention. To help the church in a war-torn country find their footing for the future seems like a very worthy task. The logistics here present significant hurdles. The longer we were there, from my vantage point, I couldn’t see it working. My pragmatic side was winning out.

As we shared these insights with Stephen, he handled them quite well (people in such settings are used to disappointment). Then he came up with an idea that really changed my mind. What if he and the trainees from South Sudan would take a two-day bus trip both ways to Gulu, Uganda (where we have solid logistical help) for a next cohort? This group would meet right before the ongoing cohort led by Africans, taking advantage of the logistical strengths that exist.

There are many things to work out:

If all of these matters (and other matters I’m sure I’m not aware of yet) can be worked out, there would likely be a practice session in January of 2023. If all goes well, an agreement would be signed for three trips per year for three years beginning in May.

Are we out of Africa?…we’ll see!

The pictures are of Stephen and me in front of his home (that’s what 500 churches under you will get you), some remnants of the latest conflict, and Stephen sharing his heart with our group. 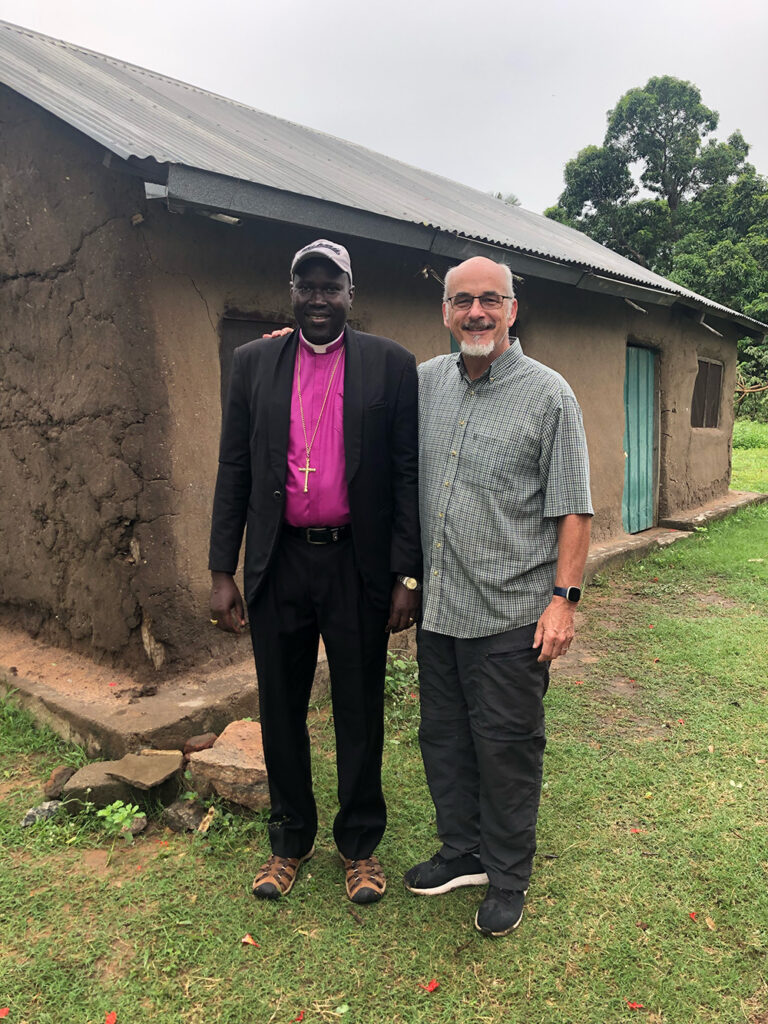 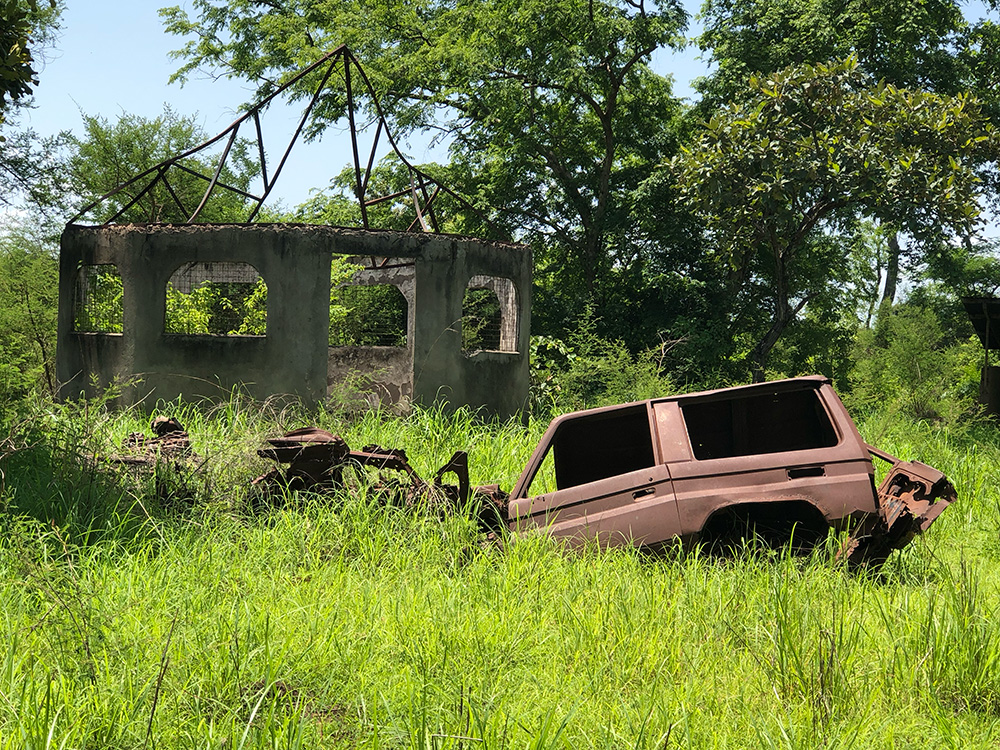